After a good three months of hard work, I completed and submitted this pet project of mine to Microsoft's 2009 XNA Dream-Build-Play competition (http://www.dreambuildplay.com).

What is the game?

You must take on the role of a highly intelligent virus as you help it infest and multiply. But your virus is not alone; it must compete against the immune system, medication, and other viruses. Time is of the essence for the player to gain dominance in the game.

This game is played in a third person perspective with a control interface similar to a Real-Time Strategy (RTS) game. Although the game can be played single player, it is aimed more towards multiplayer action.

Where does the game take place?

Biophage takes place from within the innards of an unknown host body of some animal.

How is the game played?

At the start of the game session the player will only be able to control one virus capsid. This is the introduced virus particle that the host has picked up somehow. This capsid has limited movement, limited lifespan, and can infect only one cell.

When the player infects a nearby cell with this capsid, they will now be able control this infected cell.

Cells will constantly gain nutrient from the surrounding plasma (the watery stuff that all cells reside in) as a function of time and surface area; the bigger the cell, the more nutrients it can hold and faster it can induce them (note that the larger a cell is the more nutrients it requires to divide).A cell also has a combat attribute for use in battles against competing virus infections and the immune system.

The immune system is represented by white-blood cells; these cells will act similar to Non-Player Controlled (NPC) viruses but are considered heavy weights in battle. They cannot divide or be infected and only the host can introduce them into the bloodstream. They have very limited intelligence as they will only attack an infection within a certain proximity area from itself. White-blood cells will be administered periodically with every new administration consisting of more white bloods.

When two or more cells are conjoined together they form a cluster that can give the player more powerful control over their virus. A cluster is effectively a group formation that acts as a single entity to simplify the management of the virus. Cells and other clusters can be joined to the cluster or branch off from the cluster as new clusters or individual cells. All the cells in the cluster share their nutrients and battle attributes allowing the player to form unique battle formations.

If there are at least two unique cells in a cluster, those cells can be spliced together into one hybrid cell. A hybrid cell can be characterised similar to a normal infected cell, but the shape will be a morph of the two previous cells. Hybrids cannot divide like regular cells, but are immune to medication (discussed in the next paragraph). 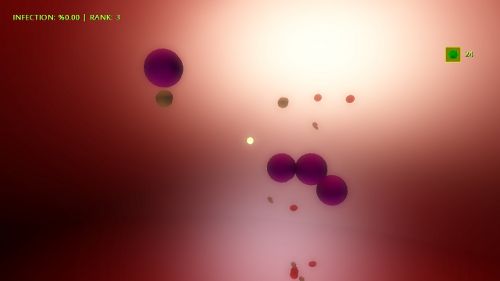 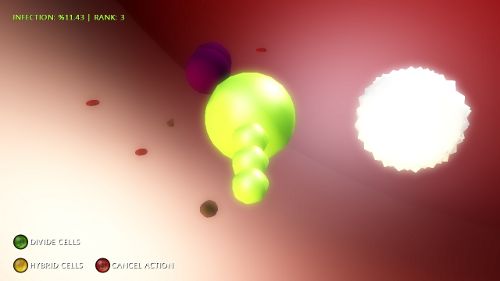 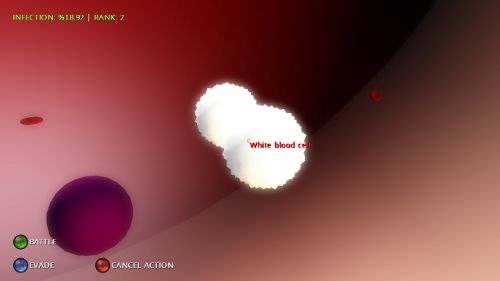 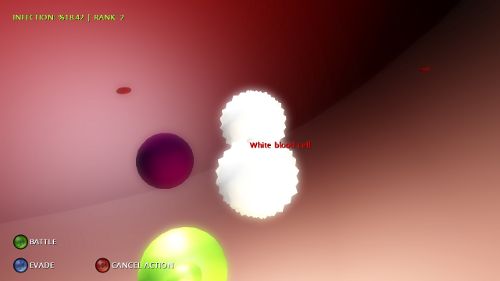 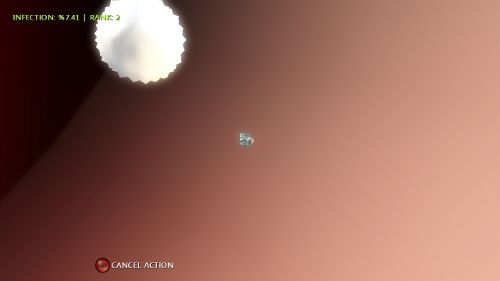 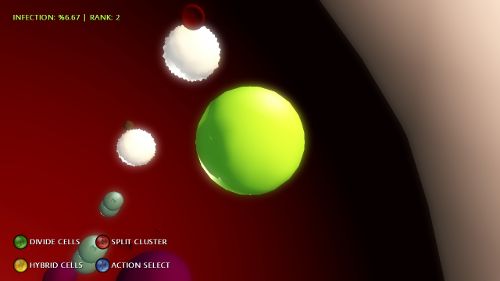 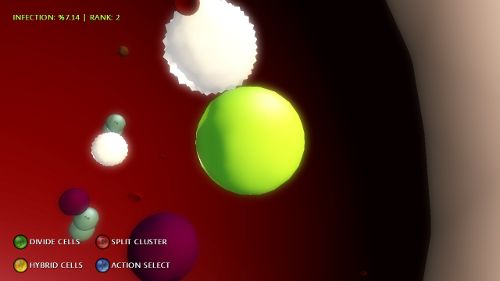 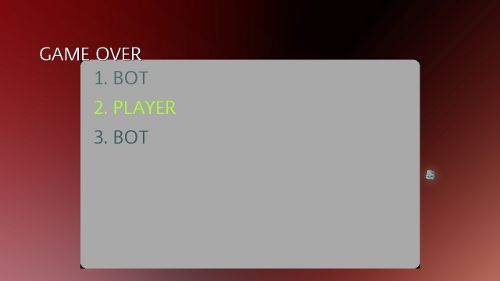 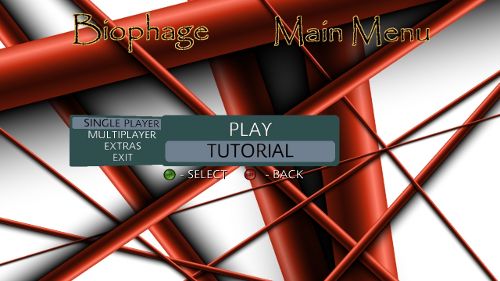